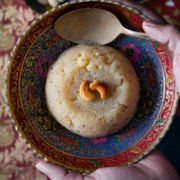 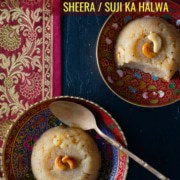 Crumbly, sweet, and delicious – that’s how you would describe sheera also known as suji ka halwa. Learn how to make this simple and traditional dessert in less than 30 minutes.

To make sheera, ghee roasted semolina is combined with milk (or water), sugar and cardamom powder. Folks from Karnataka know it as Sajjige, North Indians call it suji ka halwa, whereas it is popularly known as sheera in Maharashtra.

In fact, every country seems to have its own version. It goes by semolina pudding in Europe and the US whereas folks in the middle east have their own variant called Lekhmat Al Helwa.

Before we get to the recipe, let’s address the million dollar question here –

Is sheera good for you?

Before we answer the question, let’s have a little chat about semolina – the key ingredient in sheera.

Semolina (rava / suji)  is the coarse flour made from durum wheat and is usually golden or off-white in color. It is used for making a variety of dishes including porridge, bread, and even pasta. It is a high-gluten product that is rich in vitamins, minerals, and carbohydrates.

Is semolina healthier than white flour?

Though both semolina and white flour are made from wheat, semolina is considered to be healthier than white flour.

White flour is bleached with a whitening agent, does not have fiber or protein content in it, and is rich in carbohydrate.

Semolina, on the other hand, is made from durum wheat and is a good source of Vitamin E and B. It is slowly digested by the body, and hence you feel satiated after eating semolina.

Is semolina better than whole wheat?

When compared to whole wheat flour, semolina is considered less healthy as the carbohydrate concentration in it is higher. Whole wheat flour, on the other hand, contains the entire wheat kernel including bran, germ, and endosperm and therefore is rich in fiber, vitamin, and mineral.

To wrap it up, semolina offers the following benefits (source – Semolina for weight loss).

This makes sheera a good candidate for breakfast, but make sure you don’t indulge in it more than once a week considering the amount of sugar that the recipe demands.

How do you make the perfect sheera?

Most folks would agree that making sooji halwa/ sheera is pretty straightforward. In spite of that, I failed multiple times when I was starting out – I have ended up with sheera that was clumpy, soggy, sticky, greasy and what not.  Nothing like the sheera my neighbor would serve the girls in the neighborhood during Kanya pooja. The very thought of that sooji halwa makes my mouth water – the sheera she served was sweet but not overtly. You could eat it with your fingers without them getting soaked with grease and they were crumbly..i.e with one touch, the sheera piece would disintegrate.
That’s my definition of a perfect sheera.
Check out the step by step pictures to make sheera and follow the tips mentioned below to make the perfect sheera that we all crave for.

While the process to make sheera is pretty simple, you have to be careful about how much liquid you use. After multiple failures, I realized the following:

That’s it. Now there are a few variations to this recipe that I know of. For example, some people add either pineapple or banana (elaichi kela) to give it a delicious twist.

NOTE – Make sure you are not skimping on ghee. Ghee not only adds to the taste but ensures that your suji halwa doesn’t clump together.

Looking for easy recipe ideas? Subscribe to our newsletter to get new recipes and time-saving tips delivered straight to your inbox! 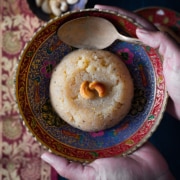 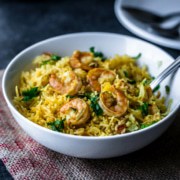 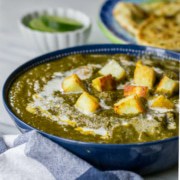 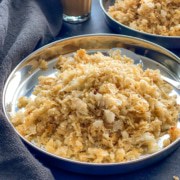 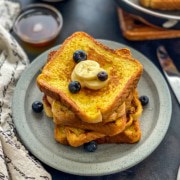 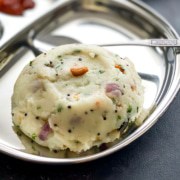